This work explores a theme on public mourning for the death prohibited to mourn.

In this piece, the death mourned is in relation to the mass famine in North Korea since late 1990s.

According to Jean Baudrillard, a key element of the revolution of modernity is how it transforms our relation to the dead. The dead in traditional societies are not only revered as ancestors but also held up as role models, as ideals for the living to follow. But modern people consider themselves free, and want to be themselves. They reject the ideals of the past, or the claims of the dead, because they think it will force them to become someone other than who they are. But the modern idea of freedom defines freedom as empty, so most people end up in a vicious circle where they want to be themselves, but have no idea of what it means to be one’s self.

I attempt to reintroduce an indigenous function of ritual for death through my art practice with contemporary interpretation. 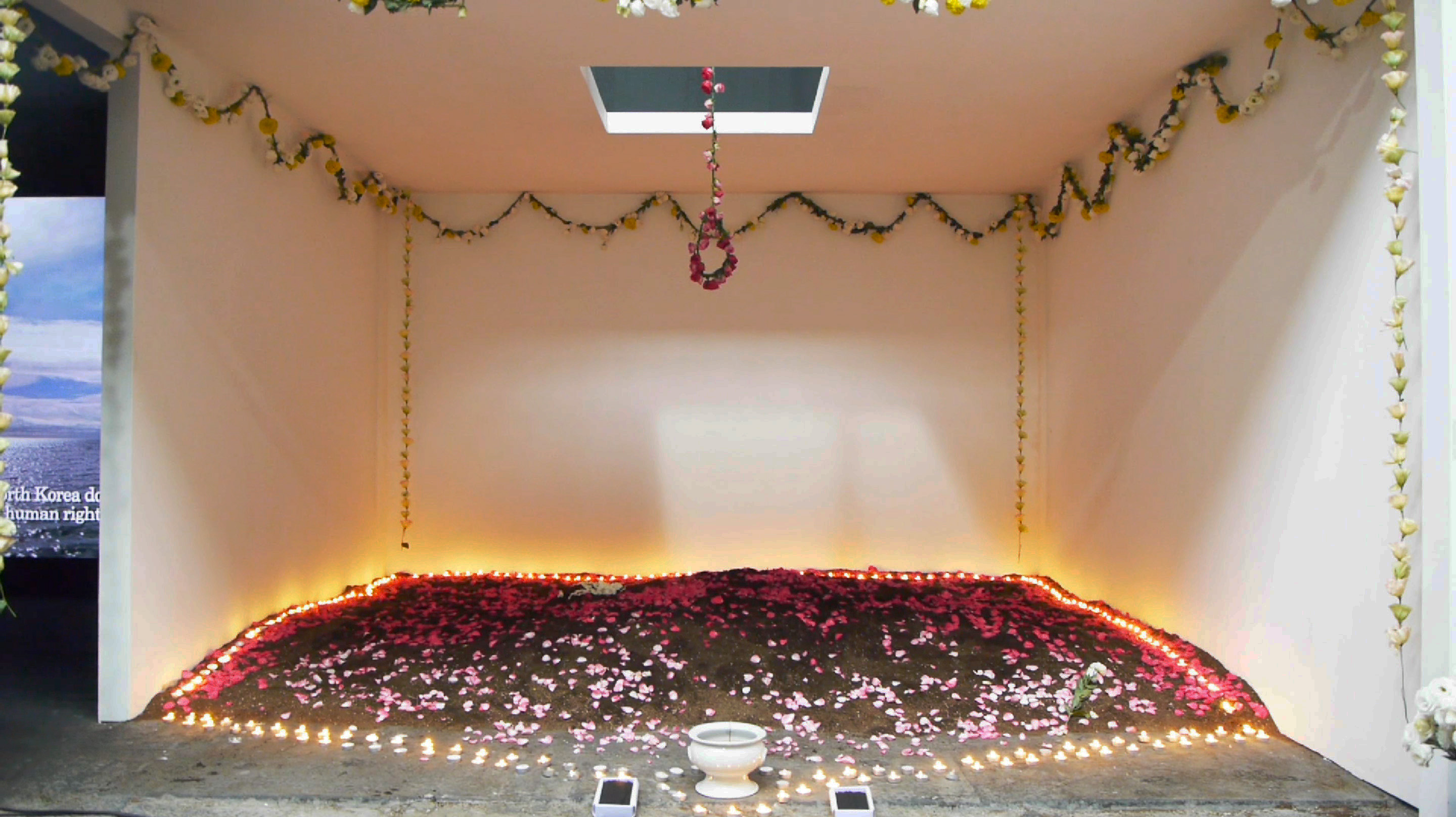 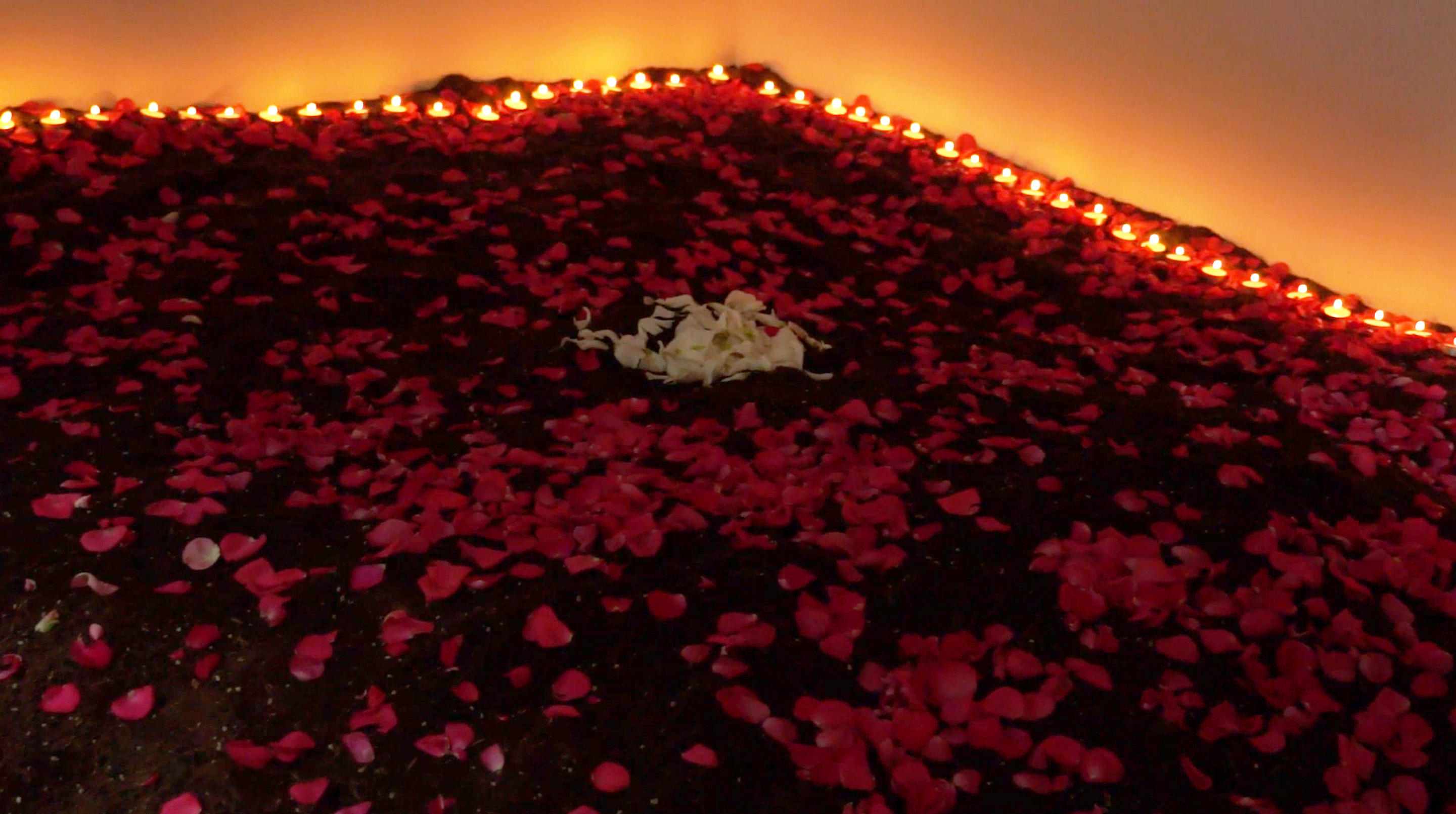 right
Click play button ▶︎ to view in auto play mode. Or you can directly click on the image to advance to the next images. 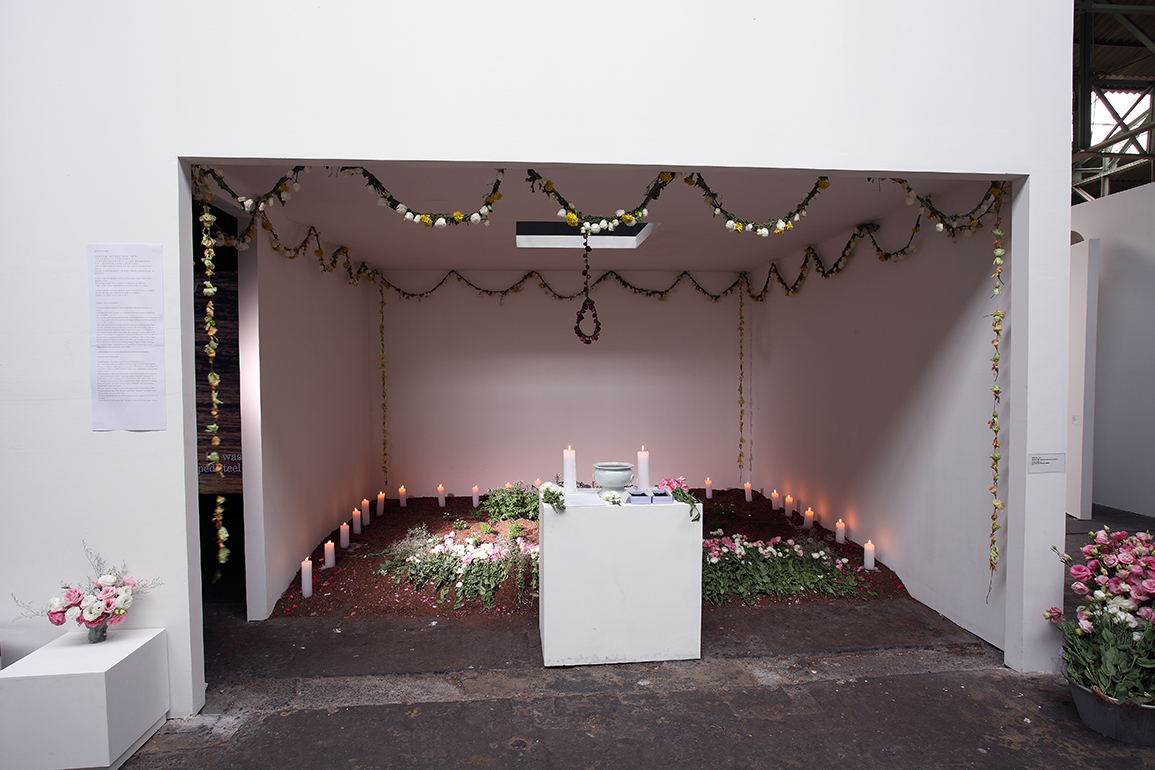 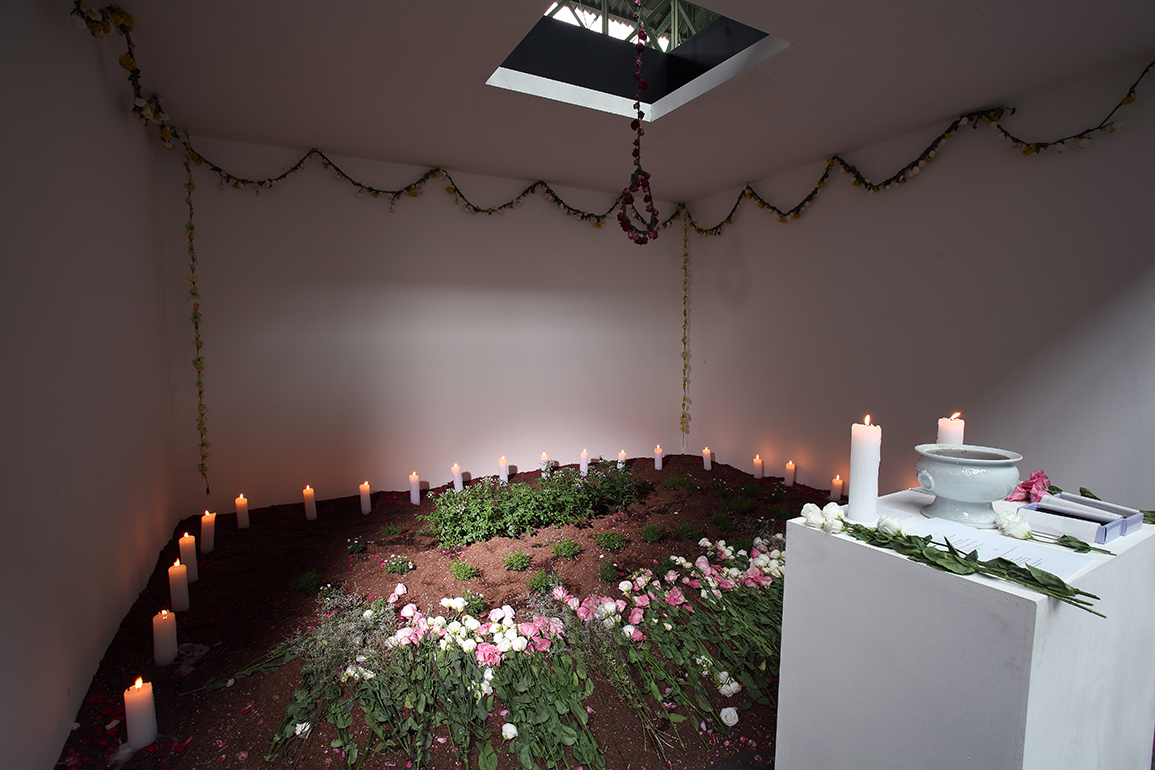 Since the Korean War is not ended officially, which lead the Korea to be remained as two separated countries, the truth fact finding of millions of civilian massacre was not fully revealed yet.

Many dead spirits are not properly mourned publicly as well as privately. There are many taboos in relation to the massacre due to the regime policy using state violence through both South and North Korean government. People were not even allowed to speak about it for a long time until quite recently. Many of the death in North Korea is unconsciously considered to be undeserving to mourn because there is underneath belief that many of sufferings, which South Korean people experienced during and after Korean War was caused by North Korea.

Those anonymous death unmourned keeps reappearing as a pattern, inducing other sort of tragedy. In North Korea, it was said that estimated up to three million people were starved since mid 1990s.

the video piece including my conversation with “returners” were screened with the images of ocean.

In the conversation, the story of starvation in late 1990s till beginning of 2000 was talked about.  He witnessed many of his neighbors died one after another. The death became daily matter, he did not fear it. Since he was working as a doctor, he needed to bury remains of children. The official number of starved population was estimated as three million. Even though he cannot believe this number, he think it would not be exaggeration. Horrifying scenery of mass starvation was told through his voice.

<Synopsis of the video piece>

During Japanese colonialism, many Koreans immigrated to Japan.

They were living under the condition of severe poverty. Discrimination against Koreans were almost unbearable to many, since 1959, they started to immigrate to North Korea. They are called “returner” as they were considered to return to their mother country.

The artist was born in Japan as third generation Korean and moved to South Korea from Japan since 2011. She met some of the “returners” residing in South Korea and heard stories of their lives.

Her great-grandfather was one of the “returners” and immigrated to North Korea and died.

In the video, her conversation with “returners” is share d with the images of ocean.