“Can Subaltern Speak?” Spivak throws a question to international community.
Along with the interrelationship with gaze and voice, my first video piece with language
weaves a memory of wearing Korean clothes as a uniform of Korean school in Japan.
The songs and dances, which I learned in the Korean school in my childhood,
were stirringly ingrained in my tissue for a long while. 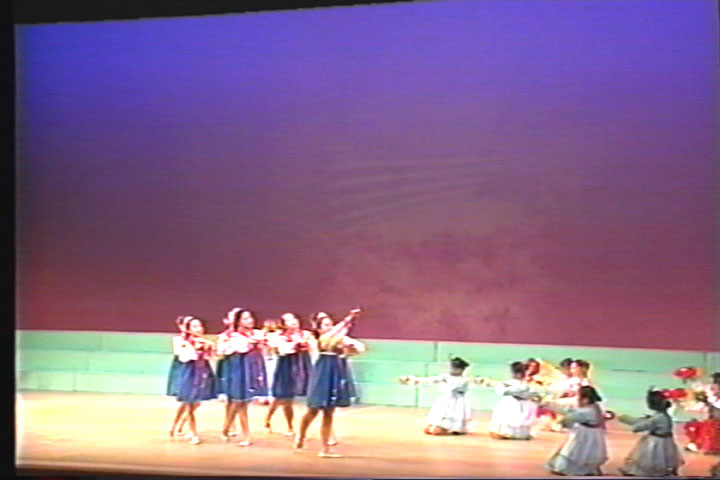 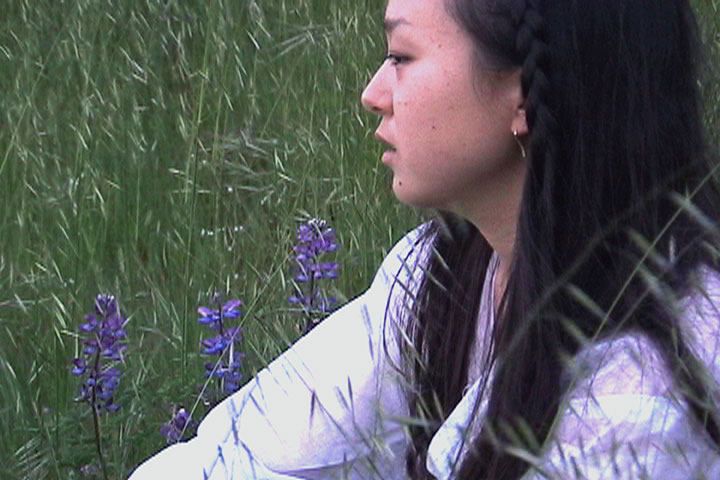 After liberation from the Japanese, Koreans living in Japan had two choices of citizenships to take, North or South. Today, 152,900 North Korean refugees live in Japan as a result of Japanese colonialism. Filmmaker is a third generation Korean who grew up in a North Korean community in Japan. It is mandatory for the school girls in North Korean schools to wear traditional Korean dress as a uniform. The embodiment of anti-colonial nationalism takes form in this dress worn by female students. Whenever anti-North Korean sentiment arise in Japan, fueled more recently by the United States, the effect of international political conflict results directly as the physical violence targeted at the girls wearing this Korean dress in the streets of Tokyo. Female students´ uniforms are slashed and some are hospitalized due to physical attacks from Japanese citizens. The filmmaker questions; why only female students have to wear Korean dress for resistance? Why we North Korean girls are the target of the violence due to the political conflict between the nations? As she compares the skies of the United States and the sky she remembers in North Korea, through this universal mirror, she looks for answers in the fundamentals of life, even the lives of those who are not human. The cruelties toward animals and other race overlap in her mind. Even though colonialism and war seems to have ended long ago, our psychology and society has a deep rooted affect from that devastation of the past. The film ends with the poem by a Korean poet Yu Chi-han: “like a cain, long pursued, even though it makes a beast of me, I will endure this suffering.”