Nuclear plant has been leaking radiation since earthquake. Without resolution, the government and mass media keep concealing the fact.  In Hiroshima, Japan, where first atomic bomb was dropped, I did Performance Ritual.

I form a communion by folding ORIGAMI crane together, offering prayer and dance together in a circle.We burned the ORIGAMI bird as sacrifice at the river bank together. Thousands of people jumped into the river and drown right after the atomic bomb was dropped in 1945, for search of water. Ashes were scattered in the river. 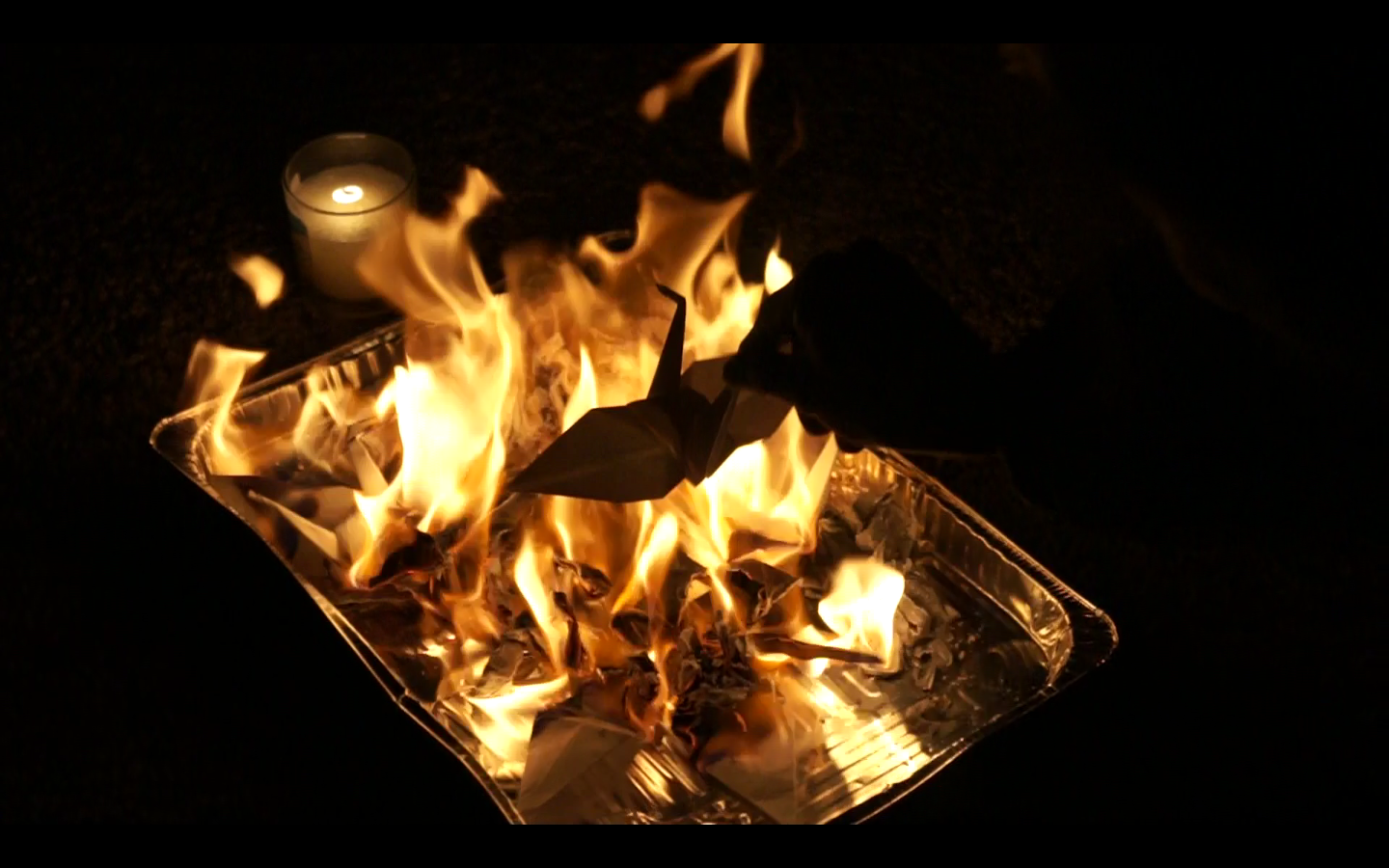 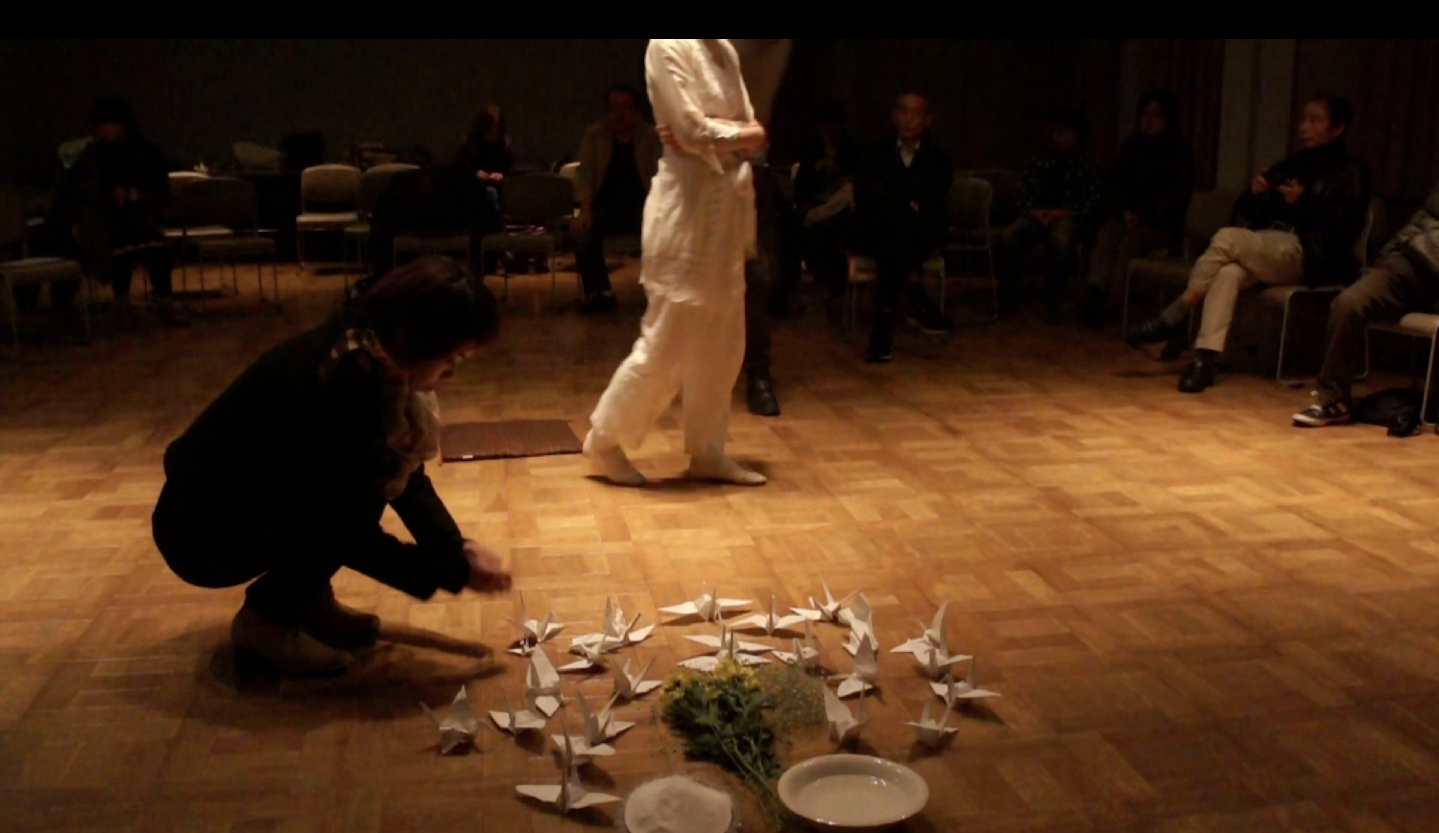